Intelligentcontract has many features that can be used to help your contract management process. Specific features are dependent on your Plan level.  However, there may be a feature that you do not have a use for at all. To keep your interface clean for your users, you can remove features from your account.  This ability can be performed by account Administrators.

Each feature available on your current Plan will be listed.  If you do not wish to see a feature, uncheck the tickbox and when saved, your account will refresh and the feature will be removed.

Note: If you switch off a feature then all occurrences of it will be removed from your interface. For example:

If you switch off features that have additional processes then these processes will stop immediately. For example:

If you switch off a feature but you have pulled information regarding it into a View or on a Report then these will still appear, For example if your Contract Summary screen view contains the Party Name pulled from the Contract Party tab, then this will still appear in your view - the data has not been removed, just hidden from the interface.

If you do switch off a feature then we recommend you perform some housekeeping to the rest of your interface to keep it in sync. 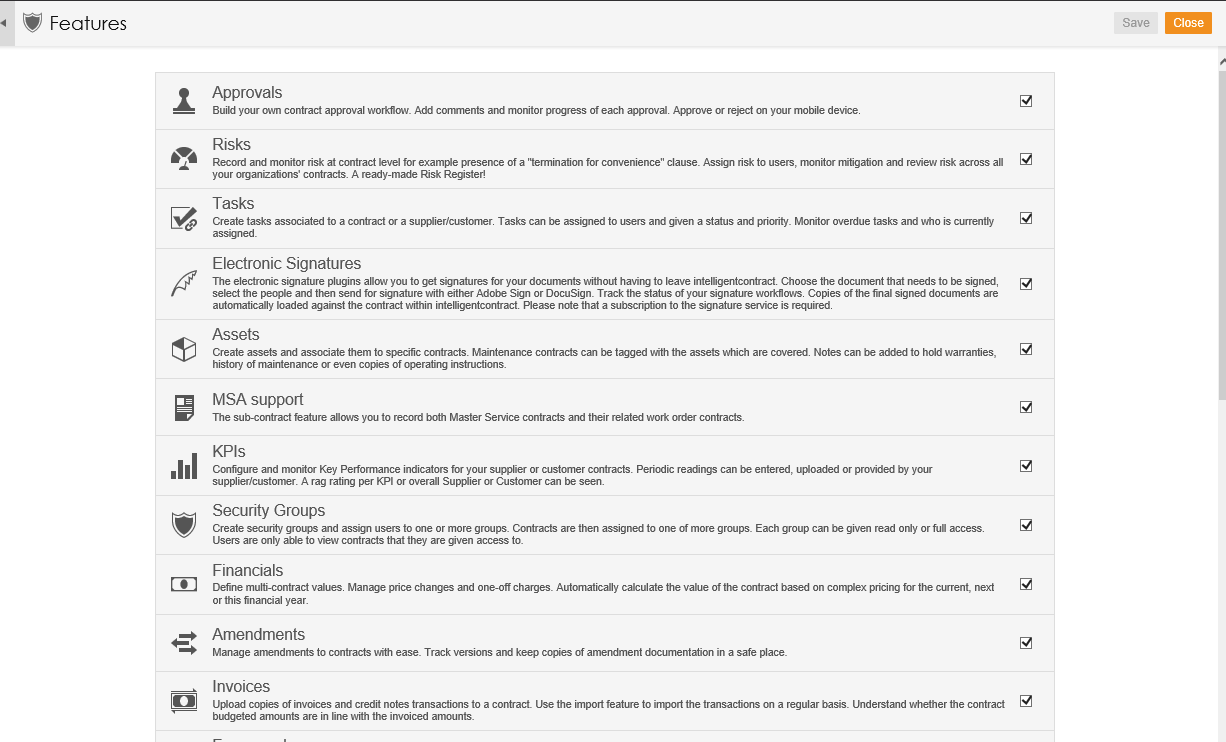 Note:  A feature can be switched back on by ticking the box and saving again.  If you have data in a feature and switch it off, the data is not deleted.  If in the future you decide to switch the feature back on, your data will be visible again.

Whilst you are able to switch on and off a feature for every user, there may be the instance where you wish to lock down a feature to only be visible to a secure group of people.

Security Groups can dictate what features a user is able to see. It is possible to remove entire sections from a security group’s view. For example, a security group may not need to see the Alerts section. Using the Advanced Feature Visibility option, the Alerts tab can be removed from view. 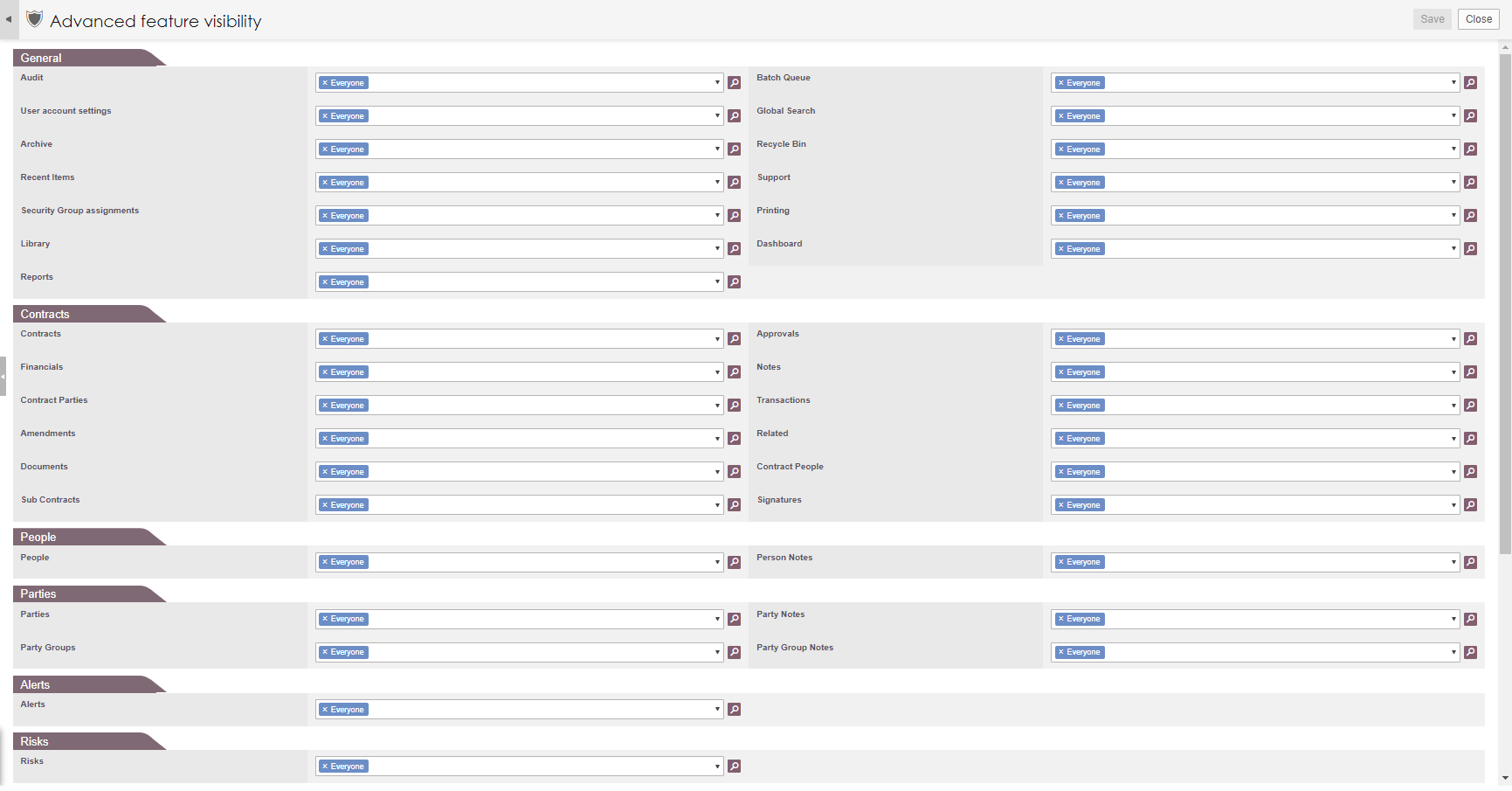 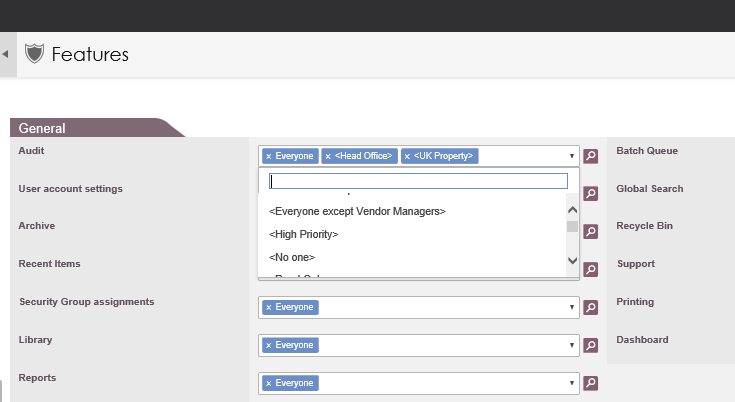 One you have saved your values, the feature will only be visible to users within the selected Security Group.  Click here to