Once an Approval has been requested then the status on the contract is updated to [In Progress], as there can be multiple Approvers within a request you can see who has already approved and who is next or still outstanding to Approve.

Optionally you can update the People / Approval Group(s) that have been assigned to a Contracts Approval Route or change the Approval Route  This may be because one of the Approver's is sick or on holiday and they either need to be removed from the Approval request completely or replaced with another Approver. 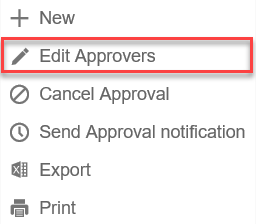 A pop up screen will be displayed detailing the current Approvers and Route (any Approvers that have already been processed will not be displayed), edit the Approvers or the Route by using the following options: 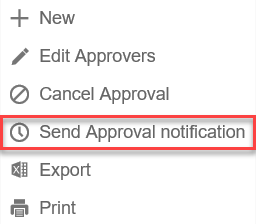 A pop up screen will appear with the next Approvers details.

TIP:  Once an approval Notification has been, subsequent Notifications may be subject to a delay, the amount of delay is controlled within the approval Configuration

There may be a requirement to cancel an Approval request all together, this may be because the Approval is no longer required as the user is authorised to self approve or it could be that the information within the Contract requires updating.  If a Contracts Approval status is 'In progress' then the contract record is frozen for update, if the Contract requires updating then the approval request must first be cancelled. 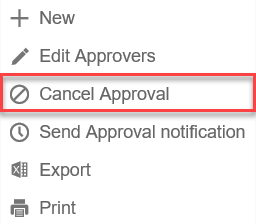 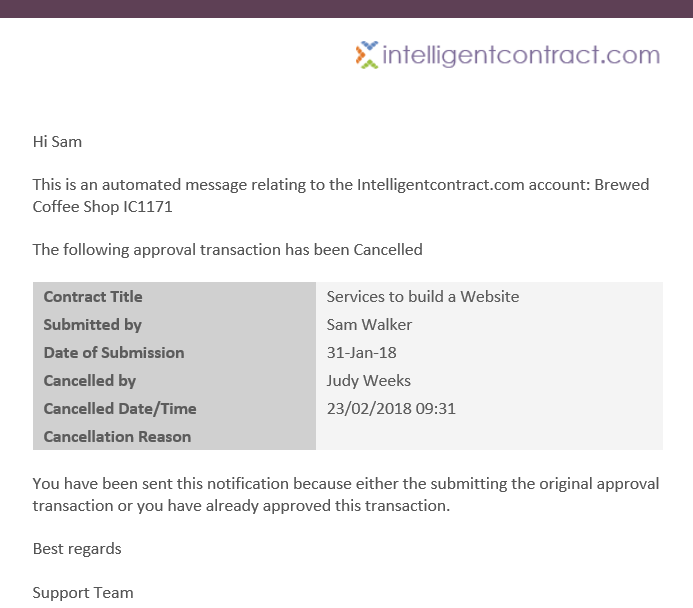